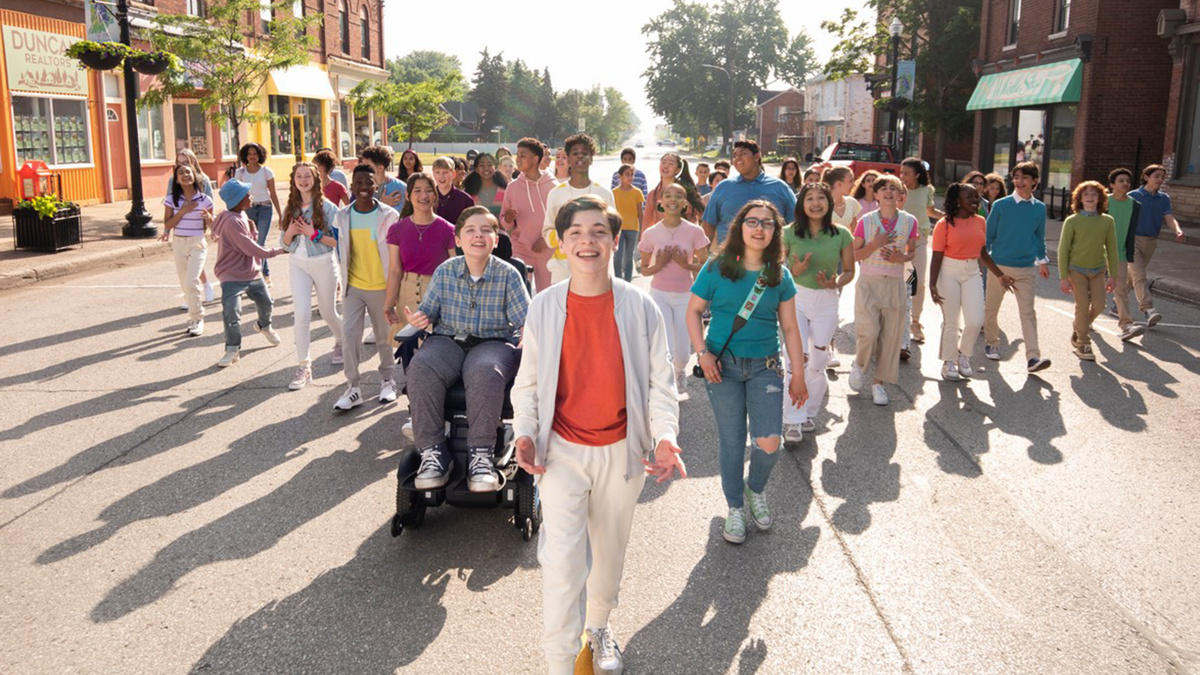 Watch the First Trailer for Netflix’s 13: The Musical Movie

The movie adaptation of Jason Robert Brown’s Broadway musical 13: The Musical is almost here, and now we can get a first look at it thanks to the just-released trailer. The film will premiere globally on Netflix on August 12 and features Eli Golden as Evan Goldman, The Lion King live-action movie star JD McCrary as Brett, Khiyla Aynne as Charlotte, Nolen Dubuc as Malcolm, Frankie McNellis as Lucy and Wyatt Moss as Zee. Josh Peck, Rhea Perlman, Debra Messing and Peter Hermann are also featured. The cast includes Broadway alums Gabriella Uhl (School of Rock) and Ramon Reed (The Lion King) as well as Lindsey Blackwell, Jonathan Lengel, Luke Islam, Shechinah Mpumlwana, Kayleigh Cerezo and Liam Wignall. Featuring a book by Dan Elish and Robert Horn, 13 has an adapted screenplay by Horn and is directed by Tamra Davis. The musical follows the story of a Jewish teen named Evan Goldman, who is forced to move across country after his parents divorce. It premiered at the Bernard B. Jacobs Theatre on Broadway in 2008. It was the first—and so far, only—musical to feature a cast and band composed solely of teenagers. Among the original cast was Ariana Grande, Graham Phillips, Allie Trimm and Elizabeth Gillies. Check out the trailer below!