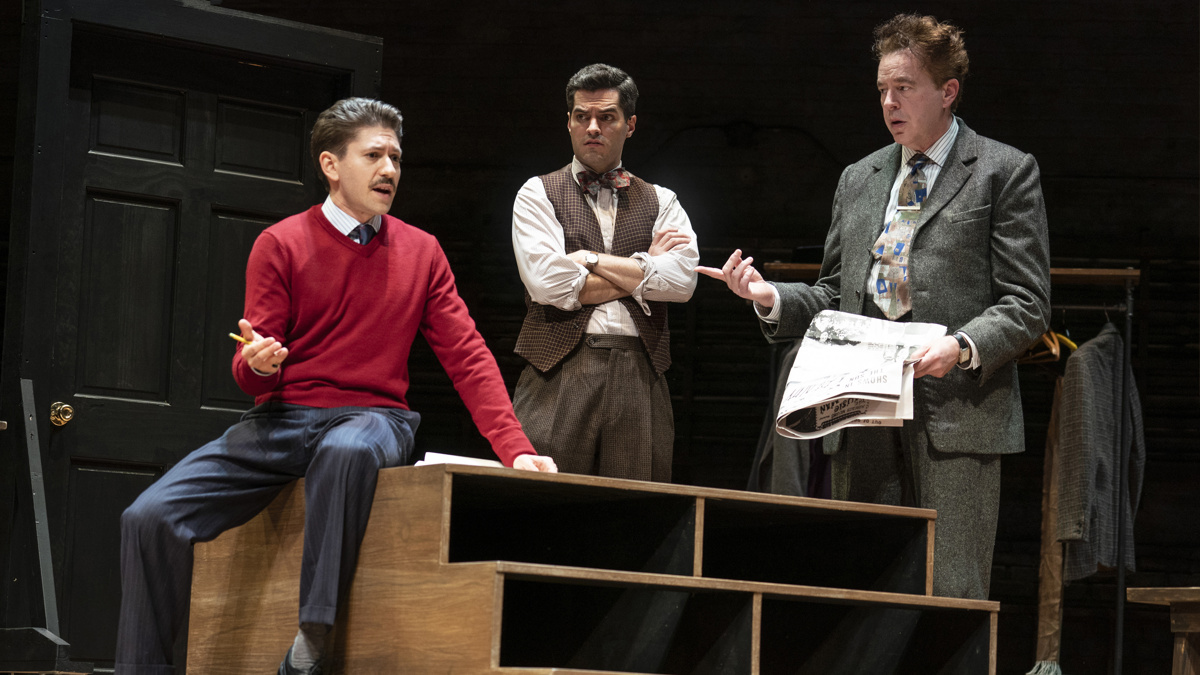 Trouble in Mind‘s Michael Zegen on How The Marvelous Mrs. Maisel Is Like Theater

Michael Zegen, who is known for his roles on television in Rescue Me, Boardwalk Empire and The Marvelous Mrs. Maisel, is back on Broadway in Alice Childress’ Trouble in Mind, playing accomplished director Al Manners. He spoke with Broadway.com Editor-in-Chief Paul Wontorek about returning to the stage at the DEH Blue Room at the Civilian Hotel.

“I read the script and thought, ‘Why haven’t I heard of this play before?'” Zegen said of Childress’ work, which is making its Broadway debut after originally being produced off-Broadway in 1955. A Broadway transfer of the play was announced in 1957, but the production never happened. “It takes place in the ’50s, which is kind of my wheelhouse,” Zegen added. “I’m always in search of a good play. You just become fearless [doing theater.]”

Zegen appeared on Broadway in A View from the Bridge and off-Broadway in Oliver Parker!, Bad Jews, The Spoils and Bob & Carol & Ted & Alice, but he is perhaps best known for playing Joel Maisel on The Marvelous Mrs. Maisel. The cast of the Emmy-winning show is stacked with stage alums, including star Rachel Brosnahan, Tony winner Tony Shalhoub, Marin Hinkle and more. Season four of the series arrives on Amazon Prime on February 18. “We are all theater people,” Zegen said of the show. “When you do a scene, a lot of the time, there are no cuts. It’s just continuous. There’s that trust. I trust everybody on that show. Everybody knows exactly what they’re doing.”

Watch the interview below, and head here to check your local listings for The Broadway Show. Hosted by Emmy-winning anchor Tamsen Fadal, it is the only nationally syndicated weekly theater news program.