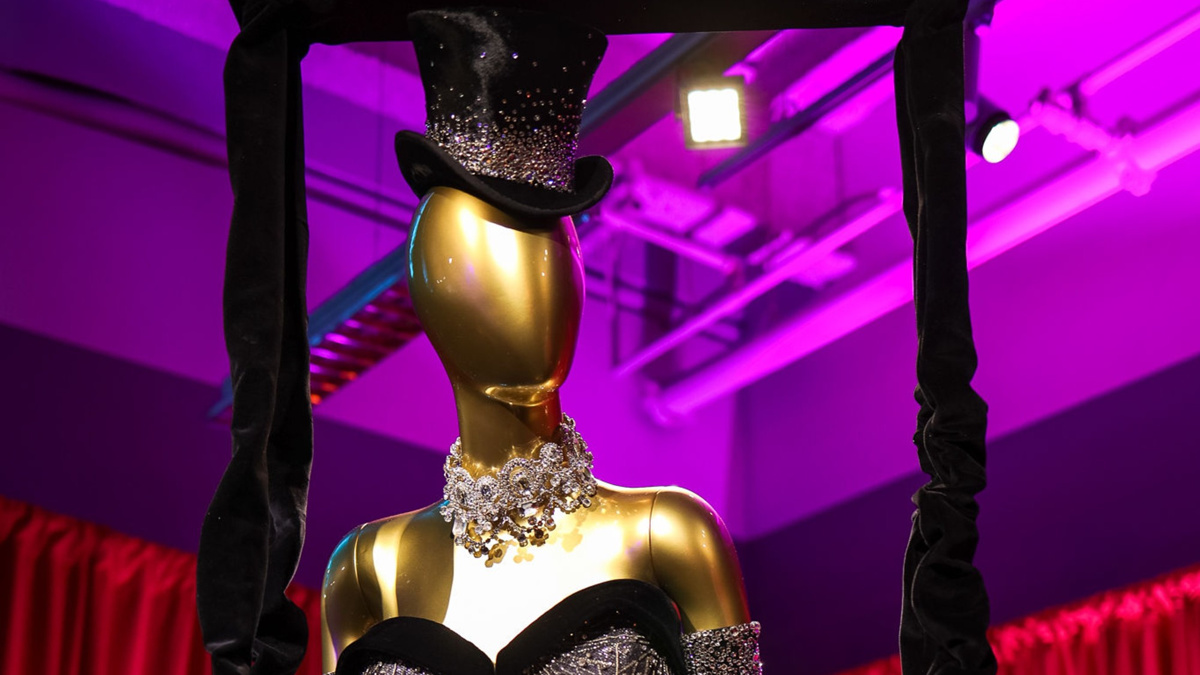 Step Inside the Dazzling Showstoppers! Spectacular Costumes From Stage and Screen Exhibit

The newest episode of Broadway Profiles features a VIP look inside an eye-popping new exhibit in the heart of Times Square—for a great cause. Running now through September 26, Showstoppers! Spectacular Costumes From Stage and Screen includes dazzling looks from stage and screen shows, from Moulin Rouge! to The Marvelous Mrs. Maisel. It also benefits the Costume Industry Coalition’s Recovery Fund. Broadway.com correspondent Charlie Cooper was on the scene ahead of the exhibit’s official opening to speak with a few of the masterminds who brought the costumes to Times Square.

Costume Industry Coalition founder Brian Blythe, who helped spearhead the exhibition, explained why the organization was formed last May: “Production offices, publicity offices, general management offices—they were all going to Zoom model. We really couldn’t. We have many factories in and around the city. Even though we are cordial competitors, we knew that by organizing and coming together, we could create a united voice for ourselves and get the word out to our stakeholders, which include producers and all of our clients, to let them know we needed some help to get through the pandemic. In doing that, we were able to raise some funds and try to stay afloat. We knew that when Broadway came back, everyone would be like, ‘You’re still here, right?'”

It’s not just funding that was at risk when costume shops and factories shut down due to the pandemic. “The skills and the talent and the knowledge that is exhibited here is phenomenal,” Costume Industry Coalition member Donna Langman told Cooper. “Hundreds of years of knowledge are what is at stake here.”

Tom Hennes, founder of Thinc Design, the company responsible for designing the exhibition in record time, spoke about what he hopes visitors walk away from the exhibition feeling. “Nobody is in this business who doesn’t love to be in this business. That shows in everything that people make and every detail that they create,” he said. “Broadway is such an important part of New York, as are movies and television. I certainly hope people who come in walk away feeling like they’ve gained a window into this fantastic world.”

Watch the full video below, and head here to check your local listings for Broadway Profiles. Hosted by Emmy-winning anchor Tamsen Fadal and powered by Broadway.com, it is the only nationally syndicated weekly theater news program.