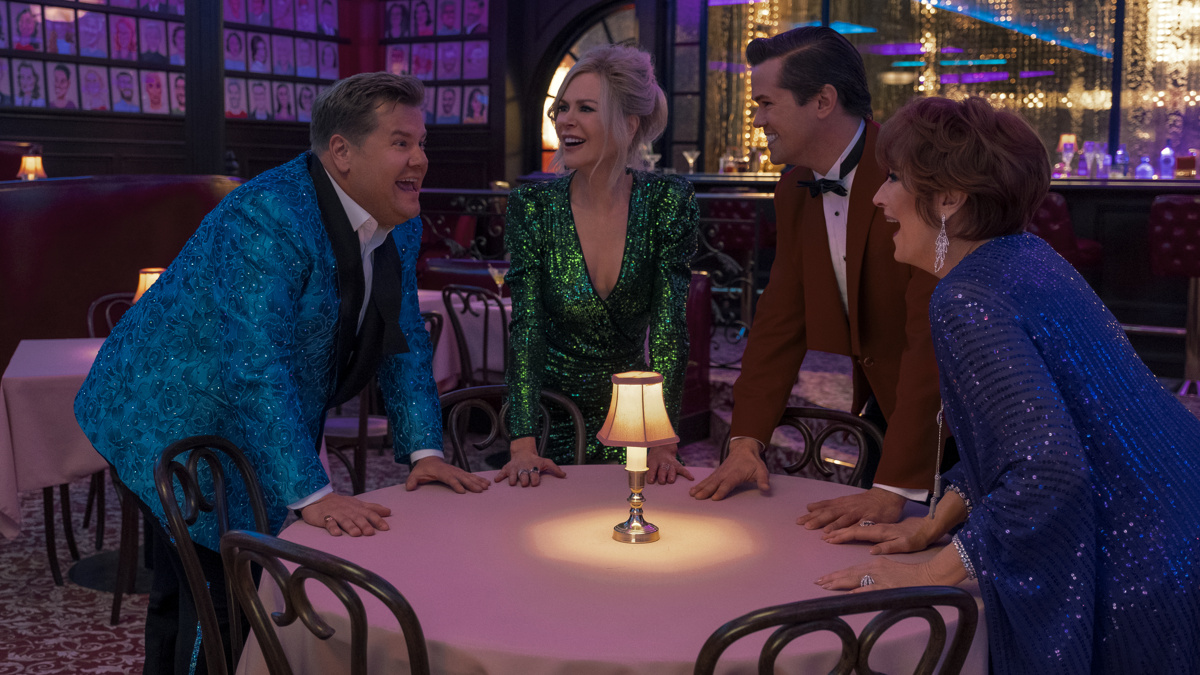 It’s almost time to dance again. The higly anticipated film adaptation of The Prom is arriving on Netflix on December 11, and we have a first look at the extra-starry cast. As previously reported, the movie stars Meryl Streep as Dee Dee Allen, James Corden as Barry Glickman, Andrew Rannells as Trent Oliver, Nicole Kidman as Angie, Ariana DeBose as Alyssa Greene, Kevin Chamberlin as Sheldon Saperstein, Kerry Washington as Ms. Greene and Keegan-Michael Key as Mr. Hawkins. A nationwide casting search was conducted to fill the central role of Emma, with Jo Ellen Pellman winning the part. In a recent interview with The Hollywood Reporter, producer/director Ryan Murphy revealed that the film will be “about 25 percent different from the play,” and will be released in theaters prior to streaming on Netflix, with box office grosses going to “multiple charities, including ones benefiting the Broadway community.” Check out the brand new photos below to get excited about building a prom… again!