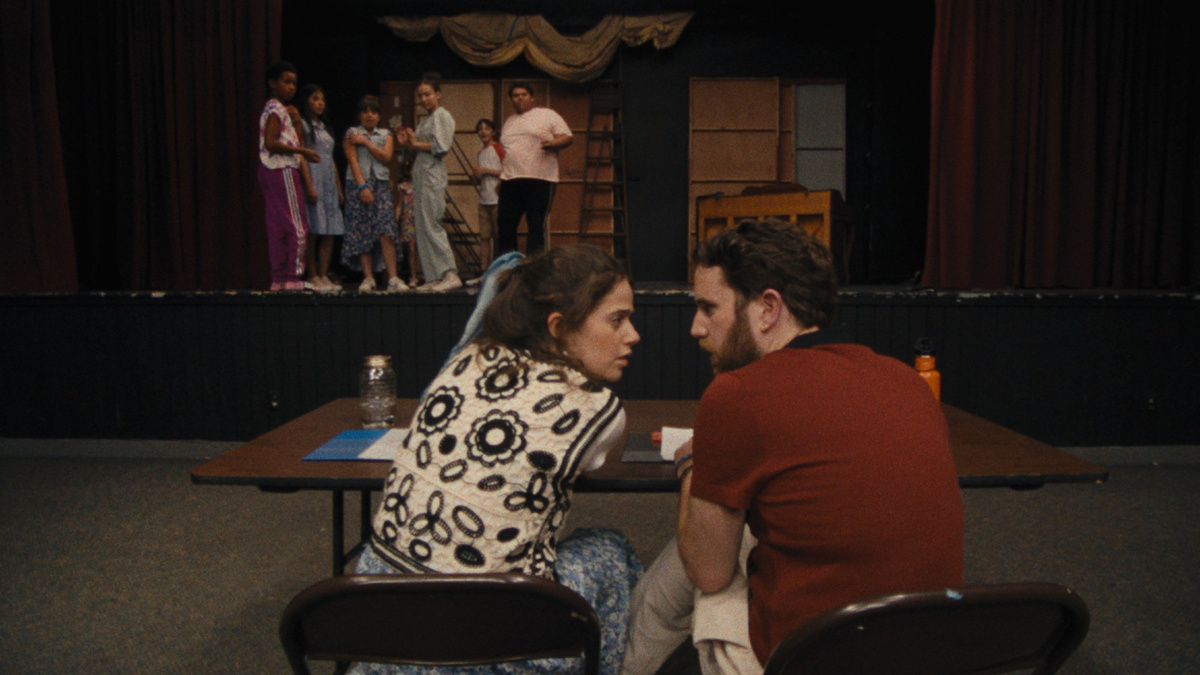 Theater Camp to Premiere in January
Theater Camp, the previously announced musical comedy film from Ben Platt, Noah Galvin, Molly Gordon and Nick Lieberman, will premiere at Sundance Film Festival on January 21, 2023. When the beloved founder of a run-down theater camp in upstate New York falls into a coma, the eccentric staff must band together with the founder’s crypto-bro son to keep the camp afloat. Produced by Will Ferrell and directed by Gordon and Lieberman, the cast includes Gordon, Platt, Galvin, Jimmy Tatro, Patti Harrison, Ayo Edebiri and Amy Sedaris.

Santino Fontana & More Step in for A Man of No Importance
Tony Award winner and Classic Stage Company board member Santino Fontana, Benjamin Howes and Justin Scott Brown will step in for Nathaniel Stampley, Jim Parsons and Joel Waggoner, respectively, in A Man of No Importance from December 7 through December 11. “The understudies we have at A Man of No Importance are an incredible group of artists, and we’ve been so lucky to have them rise to the occasion each and every time they’re called upon,” Producing Artistic Director Jill Rafson said in a statement. “When even they couldn’t cover all the needs in this moment, we called in reinforcements to keep the show going. It’s such a gift to have a performer like Santino drop everything and come to our rescue. For a musical that celebrates the way that theater can bring a community together, this has become such a clear moment of those values carrying over into CSC itself.” A Man of No Importance will conclude its extended run at CSC on December 18.

Broadway Performer Quentin Oliver Lee Dies at 34
Quentin Oliver Lee, a Broadway actor and opera singer, died on December 1 due to colon cancer. He was 34. The news was announced on Lee’s Instagram by his wife, Angie. The caption reads, “Quentin passed in the wee hours of the morning. It was the most beautiful moment of my life. I saw his last breaths, held his hand tight and felt his heartbeat slowly drift away. He had a smile on his face and was surrounded by those he loves. It was peaceful, and perfect.” Lee most recently appeared on Broadway in the revival of Caroline, Or Change, in which he served as the understudy for the Bus and the Dryer. He made his Broadway debut as an understudy in 2017’s Prince of Broadway. Lee led the national touring production of The Phantom of the Opera as the Phantom in 2017. He also served as an understudy for the touring production of Porgy and Bess. He appeared in Lee Sunday Evans’ award-winning Oratorio For Living Things and received a Lucille Lortel Award as part of the ensemble. He is survived by his wife Angie and their daughter Samantha.

Initial Casting Announced for The Seagull/Woodstock, NY
The New Group has announced that David Cale, Patrick Foley, Hari Nef, Daniel Oreskes, Parker Posey, Bill Sage, Aleyse Shannon, Amy Stiller and Nat Wolff will appear in the company’s world premiere of Thomas Bradshaw’s The Seagull/Woodstock, NY, adapted from Chekhov. Directed by Scott Elliott, this production begins previews on February 7, 2023 in advance of an official opening night on February 28. Additional casting will be announced for the limited engagement, which is scheduled to run at the Pershing Square Signature Center through March 26.

Obsessed, The Story of Diane Warren…So Far in Development
Obsessed, The Story of Diane Warren…So Far, a rollicking rock ‘n’ roll musical of passion and determination, is in development. The show features both new songs and Warren’s biggest hits, including “Rhythm of the Night,” “Nothing’s Gonna Stop Us Now,” “If I Could Turn Back Time,” “Unbreak My Heart,” “Because You Loved Me” and “I Don’t Want To Miss A Thing” and features a book by Joe DiPietro and direction by Kathleen Marshall. A private presentation of Obsessed will take place in New York this month.