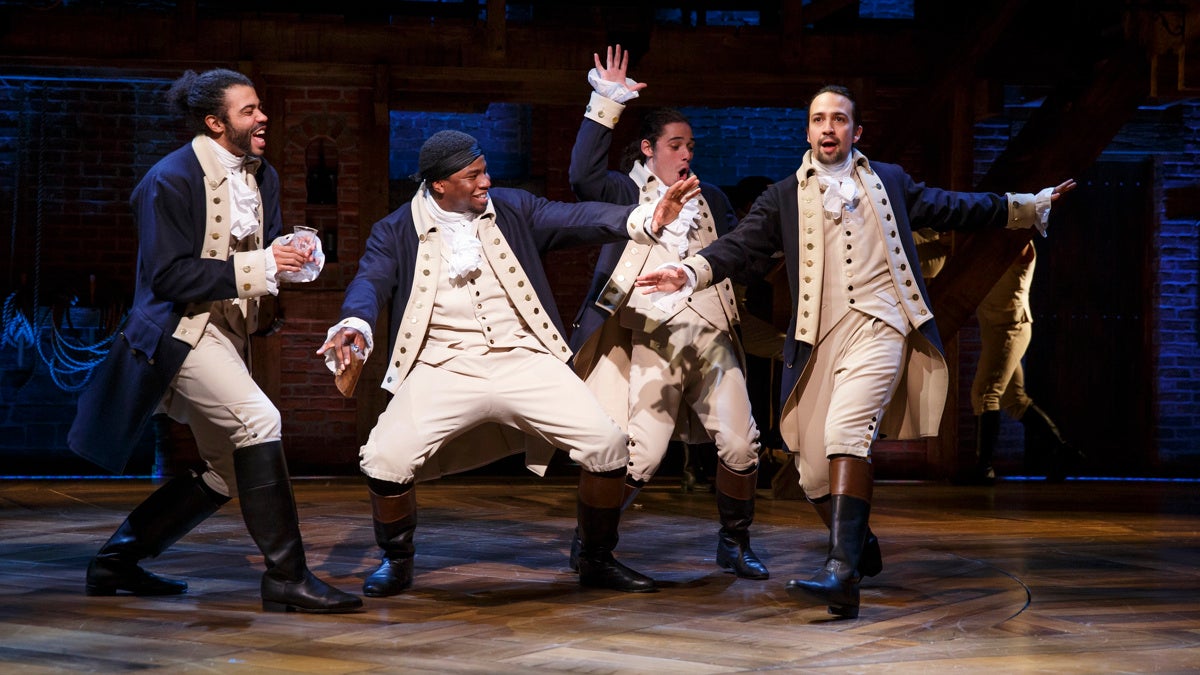 Hamilton Has Spent 246 Weeks on the Billboard 200
With armfuls of accolades and an eagerly anticipated filmed performance premiering on Disney+ on July 3, the revolutionary hit Hamilton still has the world turned upside down. On June 16, Billboard revealed that Lin-Manuel Miranda‘s Grammy-winning cast recording has spent a whopping 246 weeks on the Billboard 200 chart. As a result, Hamilton is now in sixth place of cast albums with the longest runs on that chart. Hamilton surpassed The Music Man‘s original Broadway cast recording and is in great company; Miranda’s musical is in the top six along with The Phantom of the Opera (the Broadway and London recordings), Camelot, The Sound of Music and My Fair Lady.

Daveed Diggs Among Participants in The Homebound Project
The Homebound Project, an independent theater initiative benefiting hungry children affected by the coronavirus crisis, will return from June 24 through June 28. To date, the online project has raised over $73,000 for No Kid Hungry. The playwrights in the third edition of the Homebound Project have been given the prompt of “champions.” Daveed Diggs is set to appear in a work by C.A. Johnson. Phillipa Soo will appear in a piece by Clare Barron that will be directed by her husband Steven Pasquale. Other participants include Diane Lane in a work by Michael R. Jackson, directed by Leigh Silverman; Arian Moayed in a work by Xavier Galva; Ashley Park in a work by Bess Wohl, directed by Leigh Silverman; Will Pullen in a work by Samuel D. Hunter, directed by Jenna Worsham; and Blair Underwood in a work by Korde Arrington Tuttle. View-at-home tickets are on sale here and begin at a donation level of $10. Complimentary viewings for first responders and essential workers have been made possible by an anonymous donor.

Billy Porter & More Set for COVID-19 Relief Benefit ‘Can’t Cancel Pride’
On June 25th at 9PM ET, iHeartRadio and P&G will bring together inspirational voices in the LGBTQ+ community to benefit six diverse LGBTQ+ organizations, including the National Black Justice Coalition, GLAAD, SAGE, The Trevor Project, CenterLink and OutRight Action International. Variety reports that Tony and Emmy winner Billy Porter as well as Katy Perry, Adam Lambert, Big Freedia, Kim Petras, Melissa Etheridge, Sia and Ricky Martin are among the stars to appear on ‘Can’t Cancel Pride.’ The celebration will culminate with a one-hour special and will be hosted by Z100 on-air personality Elvis Duran and actress and LGBTQ+ advocate Laverne Cox. ‘Can’t Cancel Pride’ encourages viewers to share their special Pride moments on social media using the hashtag #CantCancelPride throughout the month of June. For more information and the latest news and to donate, head here or text “RAINBOW” to 56512.