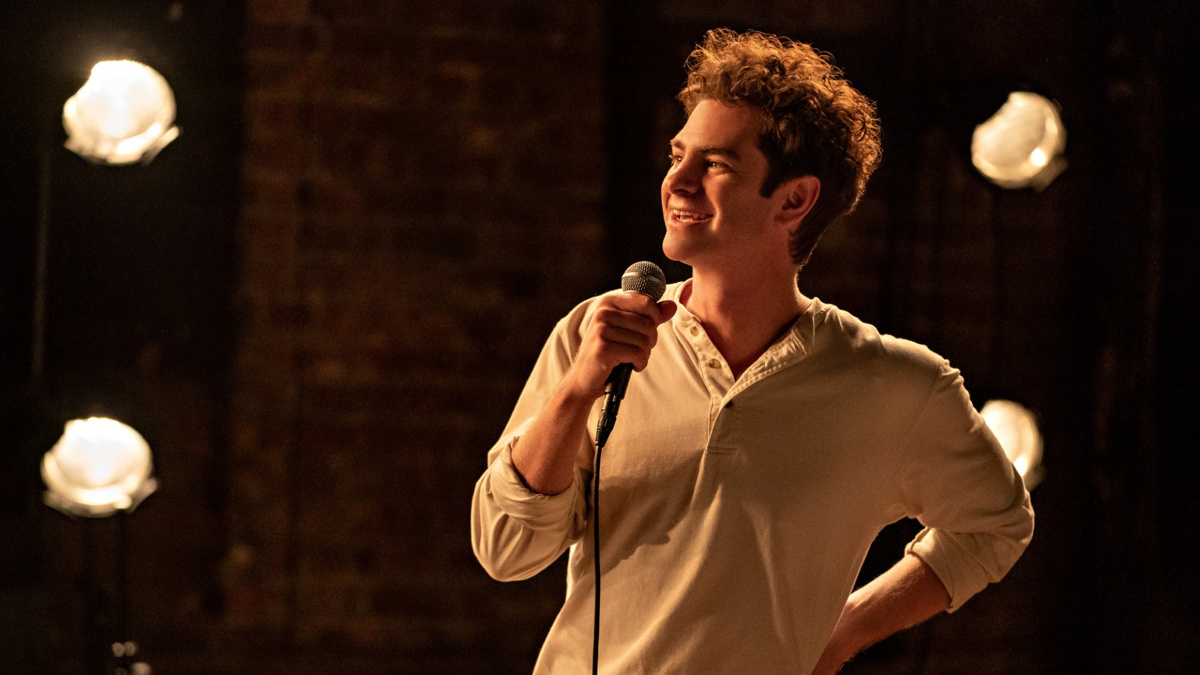 From the mind of Jonathan Larson, creator of RENT, directed by Lin-Manuel Miranda, creator of “Hamilton”, #ticktickboommovie is in select theaters this November, on @Netflix November 19. pic.twitter.com/W4Q0CaWkXv
— ticktickboom (@ticktickboom) September 26, 2021

Stephen Mangan to Play Ebenezer Scrooge in London’s A Christmas Carol
Stephen Mangan, who nominated for a Tony Award for The Norman Conquests, will lead the cast as Ebenezer Scrooge in Matthew Warchus’ production of Charles Dickens’ A Christmas Carol, adapted for the stage by Jack Thorne. The production will return to the Old Vic with a live audience beginning on November 13 and open on November 24. The cast will also include Bridgette Amofah as Mrs. Cratchit, Geraint Downing as Ferdy/George, Nicola Espallardo as Jess, Karen Fishwick as Belle, Amanda Hadingue as Ghost of Christmas Past, Nick Hart as Nicholas, Oli Higginson as Fred, Rachel John as Ghost of Christmas Present/Mrs. Fezziwig, Andrew Langtree as Father/Marley, Jack Shalloo as Bob Cratchit, Rose Shalloo as Little Fan, James Staddon as Fezziwig and Samuel Townsend as Young Ebenezer.

Lea Salonga Joins Pretty Little Liars: Original Sin
Lea Salonga is heading to Millwood! The Tony winner will be a series regular on Pretty Little Liars: Original Sin, a present-day iteration of the popular 2010-17 series, according to  Deadline . Written by Roberto Aguirre-Sacasa and Lindsay Calhoon Bring, the reboot is based on the bestselling books by Sara Shepard. Original Sin will feature a new story and new characters. A group of teen girls find themselves tormented by an unknown assailant and made to pay for the secret sin their parents committed two decades ago—as well as their own. Salonga will play Elodie, Minnie’s (played by Malia Pyles) overbearing mother who works overtime to keep her daughter safe following a trauma that occurred when Minnie was a little girl.

Casting Complete for What the Constitution Means to Me Tour
We now know who will be joining Broadway alum Cassie Beck on the road for the national touring production of Heidi Schreck’s What the Constitution Means to Me. As previously reported, the tour will resume performances at the Guthrie Theater in Minneapolis on September 30 and will then play more cities during the 2021-2022 season, including engagements in Chicago, Detroit, Dallas, Boston and Nashville with more still to be announced. Beck will be joined by Mike Iveson from the original Broadway and national tour cast as well as high school students Jocelyn Shek and Emilyn Toffler, alternating in the role of the student debater.

Emily in Paris Reveals Season Two Trailer & Release Date
Emily in Paris season two is on the way. According to a splashy new trailer, the series will return to Netflix on December 22, and it appears Emily and her bestie Mindy (played by Lily Collins and Tony nominee Ashley Park) are on vacation in Saint-Tropez. Feast your eyes on the trailer for season two of the Darren Star series below.