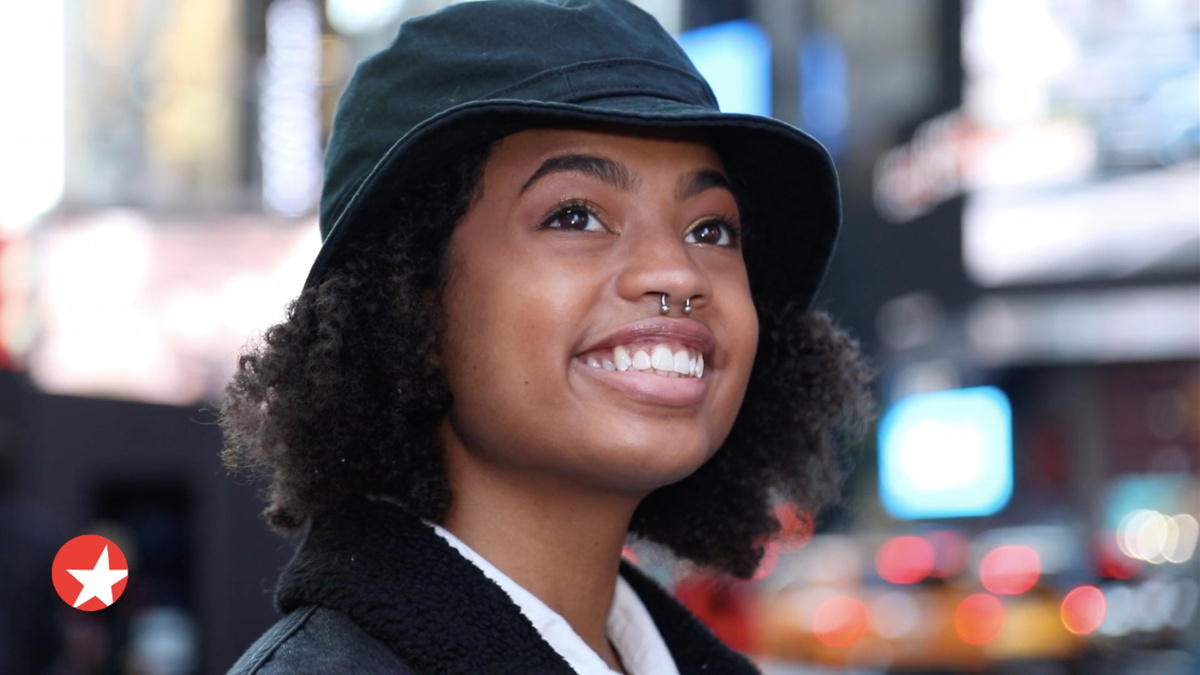 Credits: Morgan Dudley made her Broadway debut as Frankie Healy in Jagged Little Pill earlier this year, stepping center stage when the Tony-nominated musical resumed performances at the Broadhurst Theatre on October 21. On screen, she appeared in the 2020 musical Netflix film adaptation of The Prom, the Nickelodeon hit series Henry Danger and Scenebot Stage Live.

“The first time I can remember being on stage was when I was in second grade. We had a chorus concert, and I got to sing about how to build a paper airplane. I was so confident. I was like, ‘Ooh, I like it here. I like people watching me.'”

“I worked at Barnes & Noble in the cafe. I had actually told my manager about the audition [for Jagged Little Pill], and he told everyone in the store. So, they all knew about the audition before I’d even gotten a call back. I was in the freezer pulling cheesecakes when I got the call. I started screaming. I paged all my co-workers and was like, ‘Y’all, I got it!'”

“Each of my family members grew up playing a musical instrument or doing some sort of performance. My mom was a dancer and a singer. She used to work at a karaoke bar when she was pregnant with me. My nana played the piano. My aunt played the clarinet. When I was growing up, my mom made it a point that I could pursue whatever I wanted as a career. She’s super supportive as is the rest of my family.”

“Beyoncé’s 4 album would make an amazing musical. I don’t know how it would all be weaved together, but people are really creative. Look at Jagged—it can happen!”

Watch the interview below, and head here to check your local listings for The Broadway Show. Hosted by Emmy-winning anchor Tamsen Fadal and powered by Broadway.com, it is the only nationally syndicated weekly theater news program.