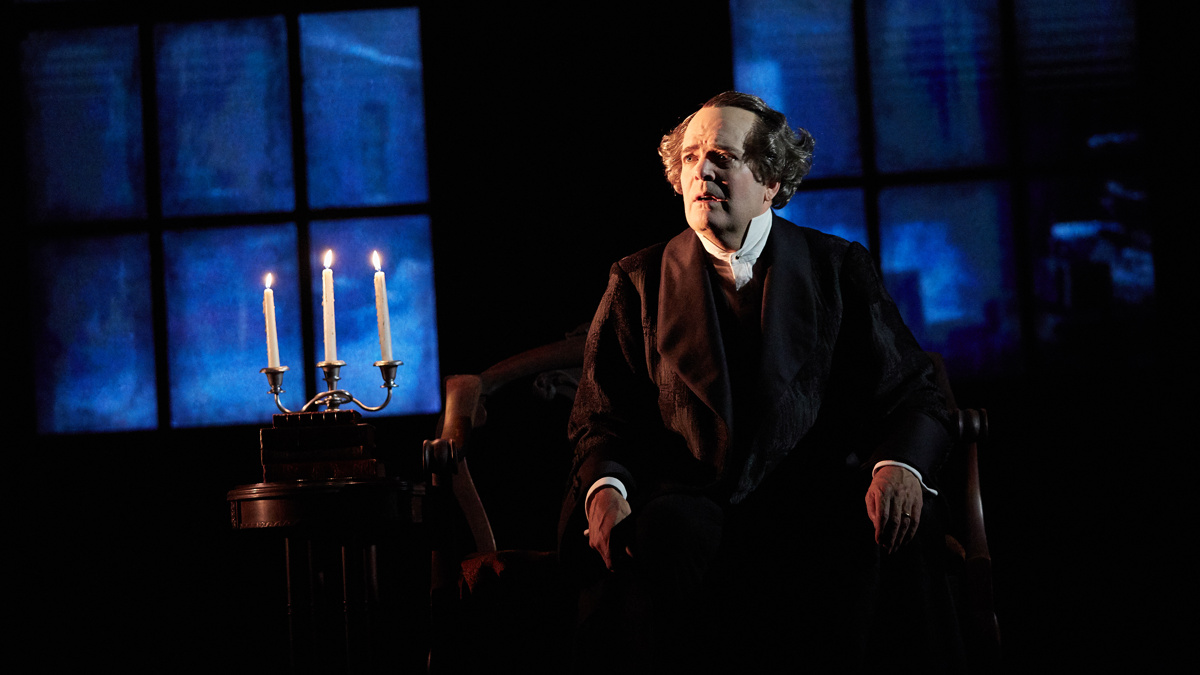 It’s time for the holidays on Broadway. Tony winner Jefferson Mays‘ one-man production of A Christmas Carol begins performances at the Nederlander Theatre on November 8 and opens on November 21. Directed by Michael Arden, this production of the Charles Dickens classic is adapted by Mays, Arden and Susan Lyons and conceived by Arden and Dane Laffrey.

Mays plays over 50 characters in this production, which had its world premiere in 2018 at Los Angeles’ Geffen Playhouse. In the winter of 2020, at the height of the pandemic, producer Hunter Arnold released a filmed version of the production as way for theaters across the country to raise money and bring the magic of live theater to people who were unable to gather in person.

Mays was most recently seen as Mayor Shinn in The Music Man. He won a Tony Award in 2004 Tony for starring I Am My Own Wife. He has additional nominations for A Gentleman’s Guide to Love & Murder in 2014 and Oslo in 2017. Arden is a two-time Tony nominee for directing revivals of Spring Awakening in 2016 and Once on This Island in 2018.