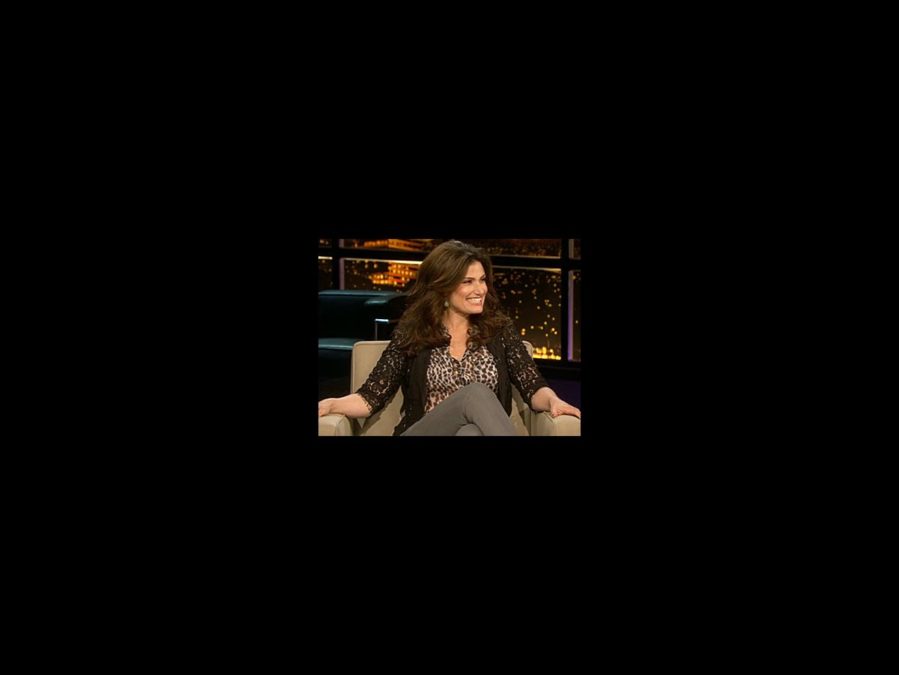 
Broadway diva Idina Menzel ditched her barefoot act in favor of some sky-high heels on March 5 to guest star on late night’s Chelsea Lately. After Handler mentioned her pre-show run-in with a scantily clad Menzel, the ladies got down to the some important topics: gay cruises and Taye Diggs. Menzel spilled some hilarious stories about her recent gig on a gay cruise, complete with visit to the "dick deck," and a rendition of her Rent classic “Take Me or Leave Me,” performed with a drag queen! She also revealed some tidbits about her husband and former Rent co-star Taye Diggs, including some early dressing room hanky-panky and the reason she’s going to get her face tucked. Check Idina's appearance out below, then be sure to grab her new concert DVD and album in stores March 6!