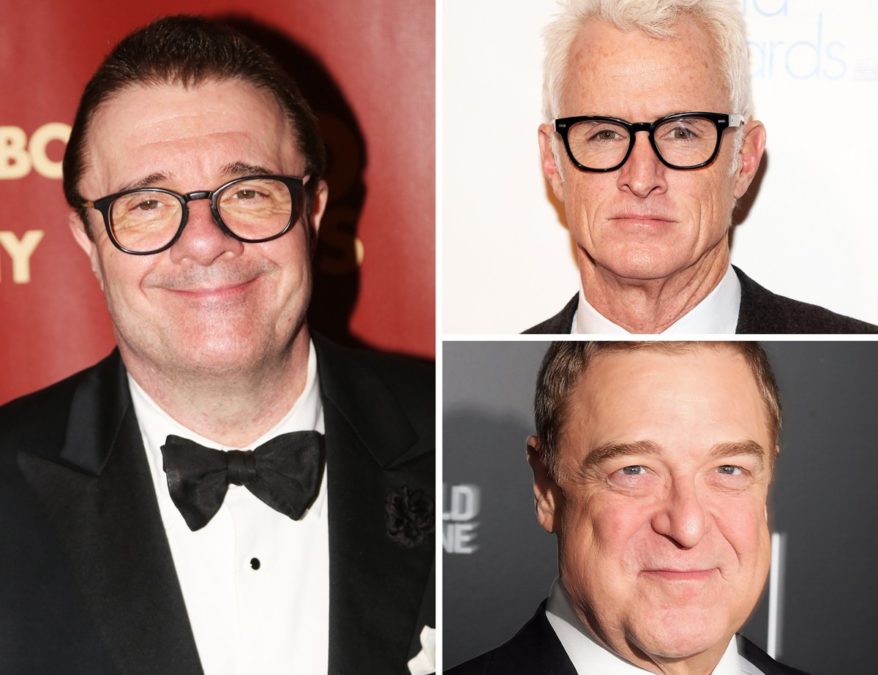 Lane will play editor Walter Burns, with Slattery taking on the role of hotshot reporter Hildy Johnson. There's no word on which roles the other announced stars will take on.

Ben Hecht and Charles MacArthur's The Front Page, which follows tabloid newspaper reporters on the police beat, has been revived on Broadway four times since its 1928 debut, most recently by Lincoln Center Theater in a 1986 mounting that starred John Lithgow as Walter Burns and Richard Thomas as Hildy Johnson.

Produced by Scott Rudin, The Front Page is expected to run September 20 through February 5, 2017, with a official opening set for October 20. No theater has been announced.

A Tony winner for The Producers and A Funny Thing Happened on the Way to the Forum, Lane also received Tony nominations for Guys and Dolls and The Nance. Best known for Mad Men, Slattery’s additional screen credits include Desperate Housewives, Sex and the City and Mona Lisa Smile. His first professional acting job was in 1987, playing opposite Lane in Terrence McNally’s The Lisbon Traviata.

Goodman first came to prominence for his Golden Globe-winning role on Roseanne and has subsequently become well-known for his frequent collaborations on screen with the Coen Brothers in films such as Barton Fink, The Big Lebowski and O Brother Where Art Thou? He has been seen on Broadway in Waiting for Godot and Big River. Mays won the Tony for I Am My Own Wife and was nominated for A Gentleman's Guide to Love & Murder. Scott received nods for Everyday Rapture and Dirty Rotten Scoundrels. Harris won the Tony for The Lion in Winter and garnered nominations for productions including The Royal Family, Waiting in the Wings, A Delicate Balance, Hay Fever Pack of Lies and Old Times.