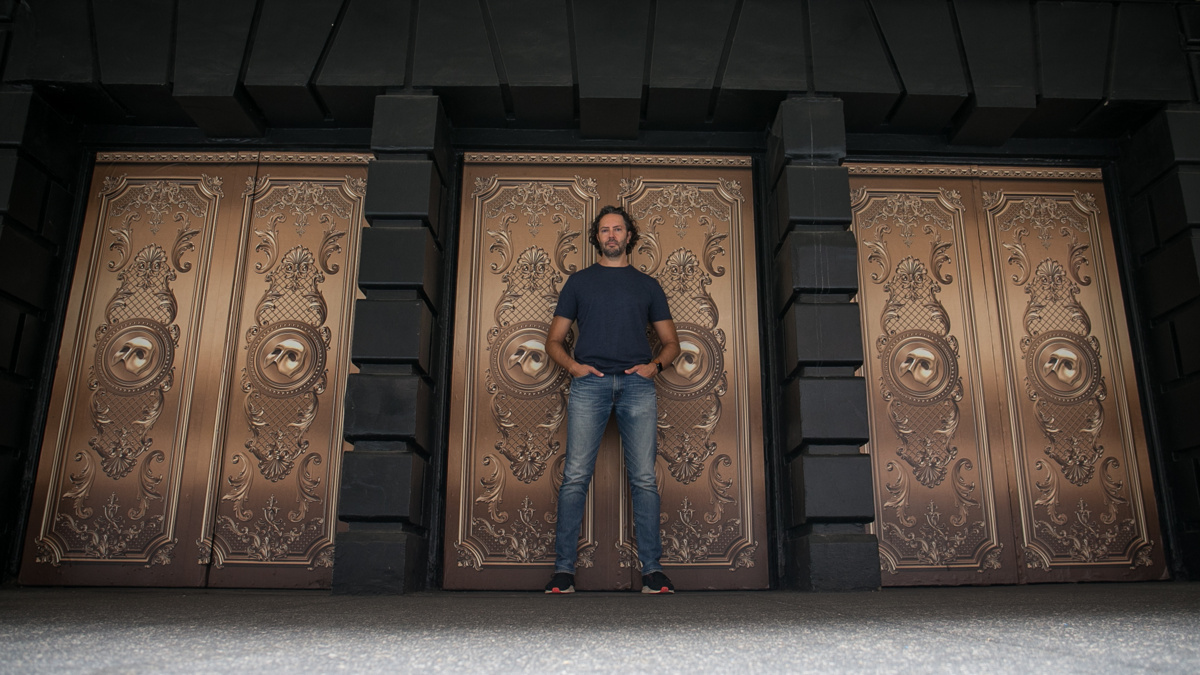 For The Phantom of the Opera‘s Greg Mills, Broadway’s the Family Business

Living near the theater district during the Broadway shutdown, photographer and performer Matthew Stocke has been haunted walking past the empty palaces sitting in repose, waiting for the lights and stars to return. In this new Broadway.com photo feature, he reunites members of the theater community with their Broadway home #AwayFromHome.

GREG MILLS
THE PHANTOM OF THE OPERA

Prior to the Broadway shutdown, Greg Mills had been a swing at Broadway’s The Phantom of the Opera for eight years. He covered 13 different tracks and was no stranger to spontaneously going on as the masked man in the second act of the show. His wife, Bridget, was working at Harry Potter and the Cursed Child as the show’s child guardian. The couple, who met on tour performing in Big The Musical, have a son named Connor, who made his debut at the age of seven in the Tony-winning musical Kinky Boots as young Charlie. Despite the curtain being down on Broadway, Mills remains optimistic about his family’s life in the industry and encourages aspiring theater makers to stay positive, too.

“I grew up in Florida. When I was in high school, I had to take an elective and took drama. I was a shy kid—it broke me out of that. I went to Florida State University and got my Bachelor’s in music and musical theater. I came to New York with hardly any money at all and moved in with my college buddies. I started auditioning and working temp jobs. I met my wife on tour in Big The Musical. Umpteen million years later, here we are….I first got involved with Phantom in the national tour. I was in the ensemble, and then I was Raoul for a year and a half. July of 2012 was when I became a fulltime swing in the show. Being a Broadway performer is everything I’ve dreamed of. There are times when you’re sitting around and you don’t feel useful, but there’s also the times when mid-show, you have to run and jump in. I miss seeing everybody and getting to play around with them onstage. It’s a great family. I can’t wait to do what we love and make people feel something other than the stress of the last few months….During the [Thursday matinee before the shutdown], our stage manager came over the loudspeaker and gave us the heads up that the subways were going to shut down. They had told us by intermission that we were going to finish the show, but we would not have an evening show that night. It was scary. I just wanted to be sure I got to my family before the subways shut down—just to make sure we were all together and safe. We’re all in the biz. My wife’s over at Harry Potter. My son just turned 10 this summer. He played young Charlie in Kinky Boots. It was one of the most amazing things my wife and I ever experienced, watching him….I understand 99 percent of us are out of work right now. But if making a career in the theater is your passion, keep going for your dream. People are making new things and figuring out ways to get it out there. Sending your kid to college right now to pursue something that is currently on hold—it’s scary. But maybe that kid has the idea that gets us past this. One way or another: theater is coming back.”