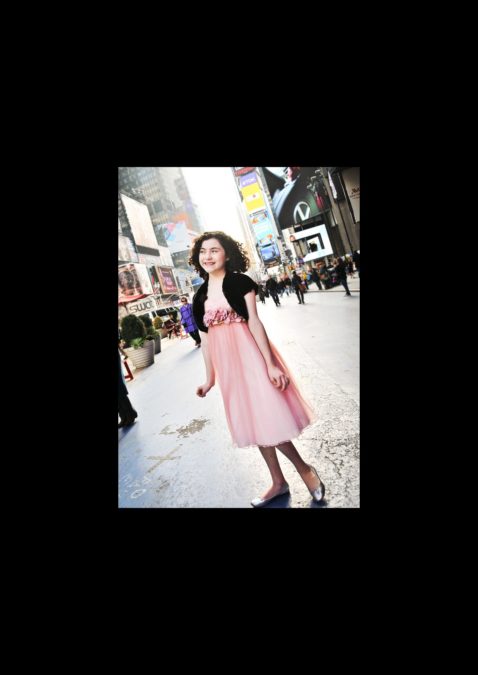 Broadway Buzz: Lilla Crawford on the Sisterhood of Annie and the Magical Hobby She Shares With Co-Star Anthony Warlow

Current Role: Anchoring the big Broadway revival of Annie as the show’s title character, an optimistic yet tough red-headed orphan.

Tale as Old as Time: It may be hard to believe that at age 11, Lilla Crawford has already appeared in two Broadway shows—but then again, this pint-sized belter has known she wanted to be on stage since she was two. “I would sing and dance around the house all day long,” she recalls. “But when I saw my first Broadway show, Beauty and the Beast, I was like, ‘Okay I’m definitely gonna do this.’ After that, I did little shows and started auditioning.” The work paid off: by age 10, Crawford was playing cheeky dancer Debbie Wilkinson in the closing cast of the Tony-winning musical Billy Elliot. “That show was really, really fun,” she says of her Broadway debut. “I liked putting on the pink costume, with the pink tutu.” Like Annie, Billy Elliot featured a large ensemble of child actors, so Crawford never had a shortage of peers backstage. “It’s so much fun to be with other kids in the show,” she says. “In Billy Elliot, there were, like, 24 kids, so that was crazy. In Annie, there’s nine of us; we’re all great friends, and we hang out all the time. We really are just sisters."

A Dream Come True: Crawford endured five callbacks and beat out 5,000 young girls from around the USA to win the coveted role of Annie in James Lapine’s Broadway revival. “Opening night was amazing,” she says. “When the curtain went up, I’m supposed to be serious, and I was trying so hard not to smile because I was so excited.” The excitement continued through the second act, when Crawford changed into her character's signature outfit. “When I first put on the red wig and the red dress, I couldn’t believe it was happening. I was like, ‘Oh my gosh, this is the dress everyone knows Annie for, and I’m wearing it.’ On opening night, when I walked down in the red dress and everyone was cheering, I was like, ‘I can’t believe this is actually happening.’” While every night can’t be opening night, Crawford finds pleasure in another theater ritual: the stage door. “I love when people tell me that it’s their first Broadway show,” she says. “And the new thing I love is when people say, ‘We came to the show for her birthday’ because I love making memories for people.”

Tricks Are for Kids: Crawford’s grueling schedule of school, press appearances and performances keeps her plenty busy, but she still finds time to  pursue other interests—like magic, which she discovered on a trip to Las Vegas. “Magic is so cool, and it’s so fun to do,” the young actress exclaims. “One day I saw a magic show and I was like, ‘I have to learn how to do this!’ Every time I went to Las Vegas, I had to get at least two or three tricks from the magic shops.” Her favorite trick is an opening night gift: “It’s a trick where I take a handkerchief and a mirror, and the handkerchief goes through the mirror by itself.” Luckily for Crawford, her stage "Daddy," Australian actor Anthony Warlow, shares her passion. “We do a lot of magic tricks together,” she says. “He’s almost like my second dad. We have a lot in common, so it’s really, really fun to work with him. The whole show is just amazing.”