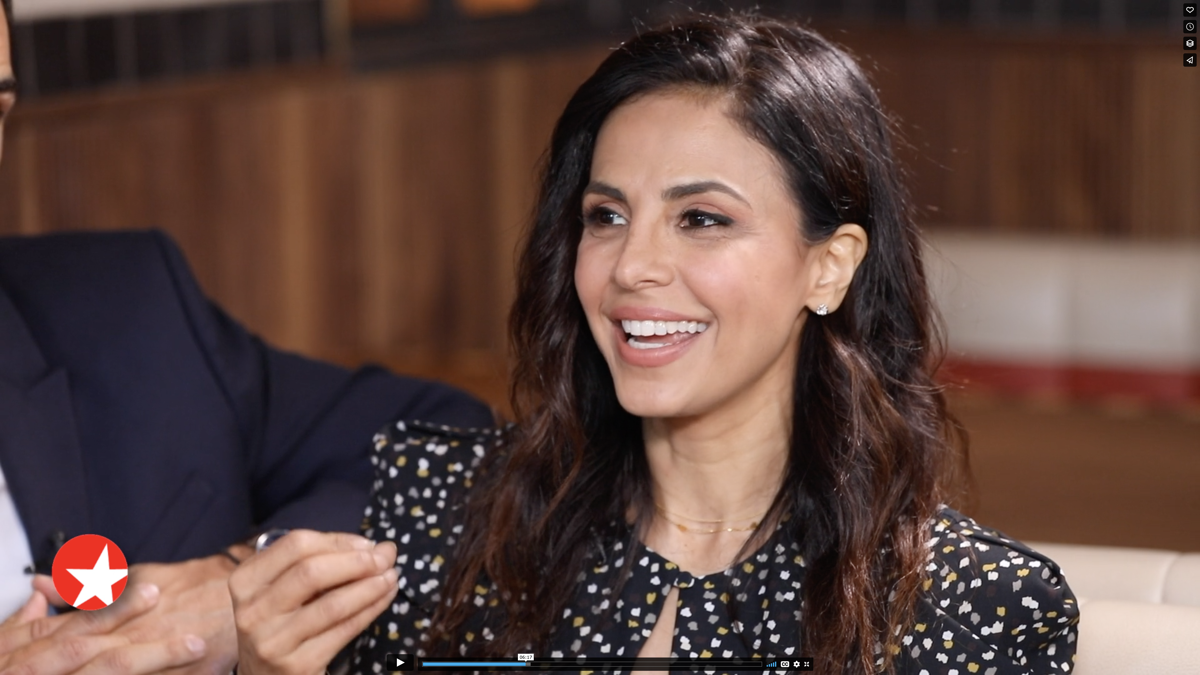 Khaled Hosseini’s best-selling novel The Kite Runner has wowed readers since 2003 and resulted in a film adaptation in 2007. The stage play, adapted by Matthew Spangler and originally produced in London in 2016, is now on Broadway. Stars Amir Arison and Azita Ghanizada, who are both making their Broadway debuts in the production, sat down with Broadway.com Editor-in-Chief Paul Wontorek at the Civilian Hotel on The Broadway Show to talk about their connection with the unforgettable story of the play.

The Kite Runner is a haunting tale of friendship, as the central character Amir confronts his past and attempts to find redemption after being a bystander to a tragic event during his childhood. “He’s the most unheroic hero—so much so that I was almost not sure if I even wanted to do it,” Arison said. Known for playing Aram Mojtabai on NBC’s The Blacklist, his screen credits include The Dropout, American Horror Story, Billions, Bull, Homeland, Girls and more. Arison said he felt called to make his Broadway debut in The Kite Runner. “What I discovered is that the bravery is in the narration. He is airing his dirty laundry. He is sharing his pain, looking for help to get redemption.”

Ghanizada, who describes The Kite Runner as a memory play and portrays Amir’s wife Soraya, was born in Afghanistan. Her family left the country for Vienna, Virginia when she was a baby. She went on to work on Capitol Hill in high school and is the founder of MENA Arts Advocacy Coalition and an ambassador for Women for Women International. (You can watch her TED Talk here.) The remaining members of her family were later brought out of refugee camps to settle with the family in Virginia. “Much of my childhood was going to the airport to pick up family members with just a plastic bag,” Ghanizada said. “I just remember the grief as a young person. I just remember the photos of children with missing limbs, and my parents saying, ‘This is what you escaped. This is what you’re free of. Never take your freedom for granted.’ That’s haunted me and stayed with me my entire life.”

During the audition process, Ghanizada could not make it through reading the play without crying. “I was devastated reading the book. I mean, I could tell you the smell of the food, the dirt under their fingernails—it was so visceral,” she said. Even with these images, Ghanizada calls The Kite Runner a positive piece. “The way that we’re celebrating Afghanistan and its culture—I don’t think is often celebrated. We often tell the negative narrative. We often share the negative images of any minority culture. This tells a beautiful, full, woven tapestry story of a culture that’s often misunderstood. To be a part of something that’s both culturally significant and has had such an impact globally and to have it be a small piece of Broadway is just—it’s an unbelievable, unknown dream.”

Watch the interview below, and head here to check your local listings for The Broadway Show. Hosted by Emmy-winning anchor Tamsen Fadal, it is the only nationally syndicated weekly theater news program.